So, I baked a cake the other day…

For the love of God, people!

Surely, the alarms in your head must be going off by now!

I am The Undomestic Goddess, after all.

(If you’re not familiar with the circumstances that earned me this title, my Culinary Mayhem post is a must-read in order to fully appreciate the implication here.)

Anyway, turns out baking a birthday cake first thing on a Monday morning with my eyes half-closed, before even eating breakfast…

Not such a hot idea.

With a potent combination of dazzling creativity mixed with equal part nonexistent domestic ability, my good intentions were bound to go right down the toilet.

Don’t get me wrong. I do bake cakes twice a year, every year for my boys’ birthdays.

And they usually come out decently enough (read: cute and edible).

But this time around was different.

Somehow, the cake had come out oddly misshapen.

It resembled a volcano-shaped monstrosity, actually.

And the icing was a tad bit too thin, spewing off the top and down the sides of the volcano-cake like white lava.

So I made yet another, thicker batch of sugary icing and heaped it on top of the volcanic mess.

Then I lovingly slapped eight adorable little Despicable Me gummy Minions onto the fifty layers of icing in a visually appealing pattern.

But then disaster struck.

The Minions immediately started sinking into the icing.

Seriously, they were going under faster than an octopus in a straightjacket.

I had to rescue them!

Left with little choice, I quickly grasped and yanked them up and away from impending doom before it was too late.

Sadly, I must’ve accidentally pinched off a few of their smiling faces during my rescue mission.

A tiny little Minion leg had been lost along the way, too.

I frantically glanced around the kitchen for anything- and I mean anything– to help remedy this disaster.

Eventually, I saved their lives by propping them up with mini flotation devices made out of chocolate wafers, broken into Minion-sized bits and pieces.

Yeah, okay. So the frosting tasted like the equivalent of six bags of sugar, and the cake was a wee bit lopsided.

Not the end of the world.

Oh, and I also ended up having to draw faces back on a couple of the Minions.

But ultimately, the cake (and the house) did not blow up.

And people willingly ate it.

Hell, some even came back for seconds.

All in all, the funky cake still managed to look (marginally) better than the aftermath of our Minion piñata beat down.

And that certainly has to count for something. 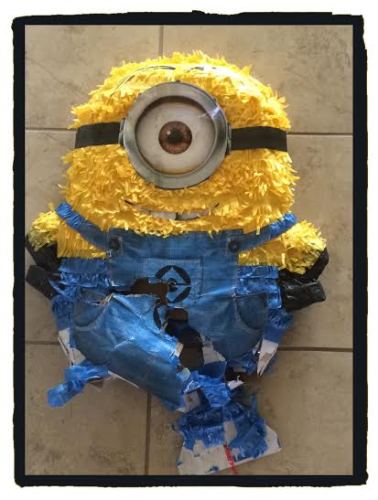 It’s probably hard to tell, but this mangled mess of Minion is the piñata we beat the crap out of, not the disastrous cake I had made.

Every single human being has regrets in life, and I’m no exception.

I missed my true calling.

I should’ve been a meteorologist.

That’s right, one of those weather-predicting people who seem to be wrong more often than right, yet still get paid for constantly screwing up.

Despite the bad rap they get, I read somewhere that meteorologists are actually correct about 80% of the time, overall.

Which is fairly surprising.

The thing is, I live in a place where all kinds of weather-related mayhem is possible in a matter of minutes.

So this could really work to my advantage.

After all, weather forecasting is not an exact science.

And I know from experience that I can randomly guess and be right more often than not.

I want to get paid to not think. To not make sense. To make off-the-wall predictions that may or may not come true.

And meteorologists do essentially predict the future.

Or at least, they attempt to.

But storms can shift direction, and lessen or increase in force and intensity.

And between aging satellites and drunk meteorologists, things are bound to get more than a little messed up.

The sun is shining! And now it’s… raining?

Well, the radar did predict a sunny day… so where did that tornado just come from?

Somehow, someway, someone was a little off.

Which explains that motorcycle coasting  down the sidewalk in plain sight of a swarm of cops.

And those bicyclists pedaling for their lives like drenched hamsters on a treadmill against sudden 70 mph gusts of wind.

And the pedestrian who unexpectedly finds herself going for an impromptu swim through six lanes of traffic.

Yet when it’s supposed to rain all day, every day for a week…

There’s not a single cloud in the sky.

But seriously, where the hell did that tornado come from?

Where was that on the radar map?

Really and truly, though. I get it. I do.

Nature is unpredictable and has a mind of its own.

And I still think I should’ve been a meteorologist. 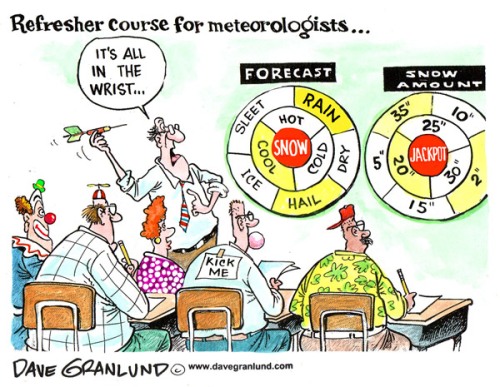 Pretty much summarizes my warped vision of the whole weather-predicting process.

Presenting ten of Marge’s most profound, yet undoubtedly humorous quotes: 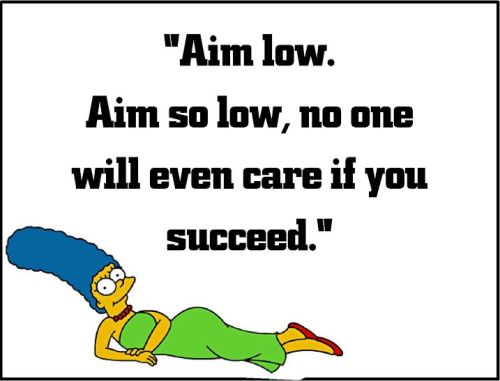 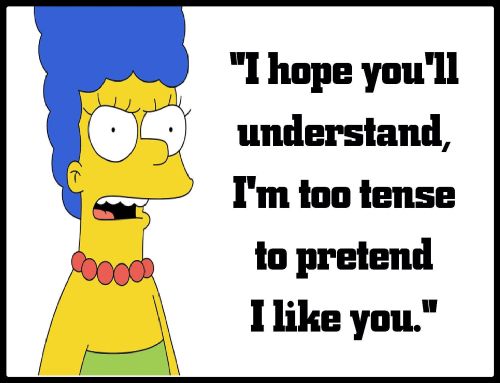 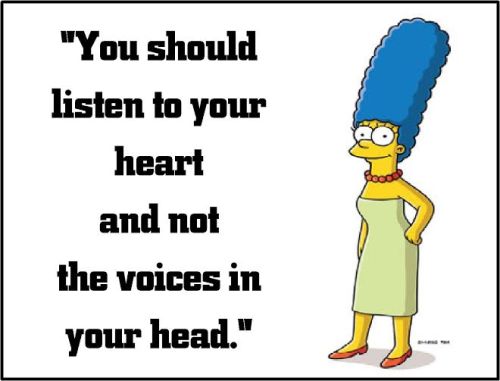 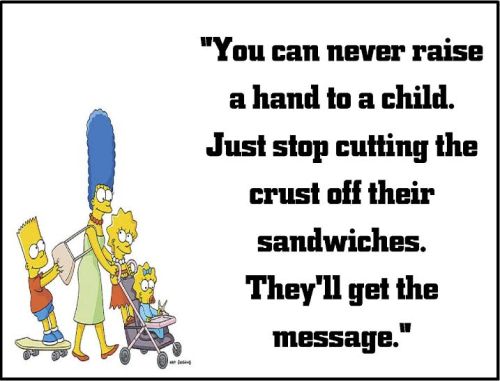 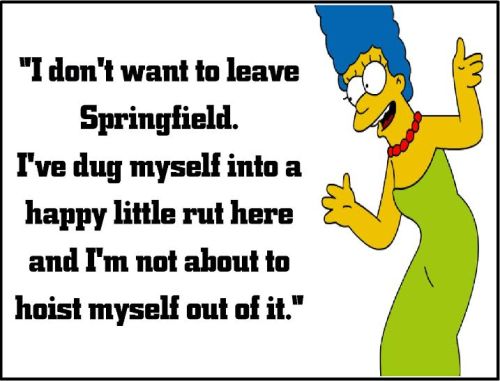 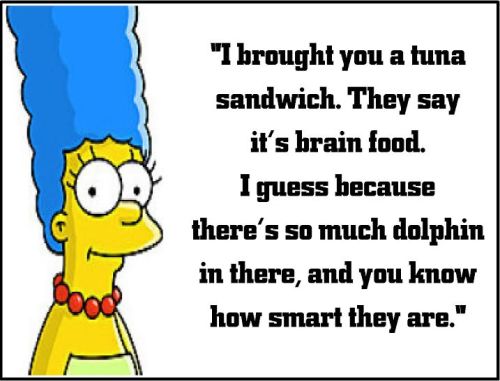 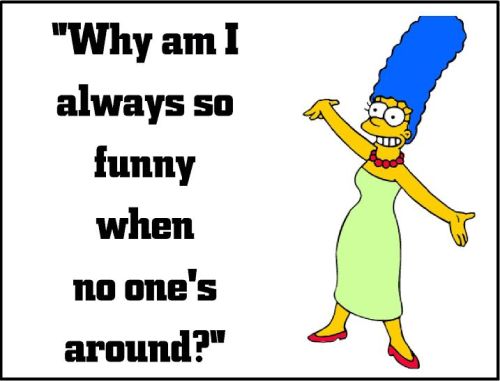 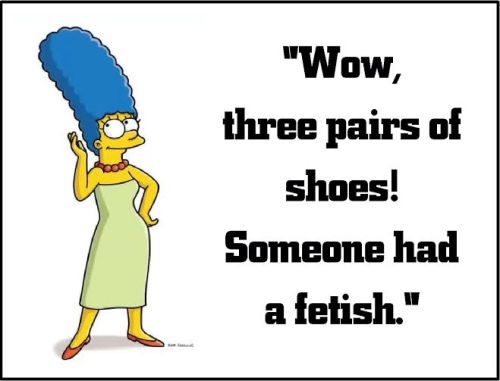 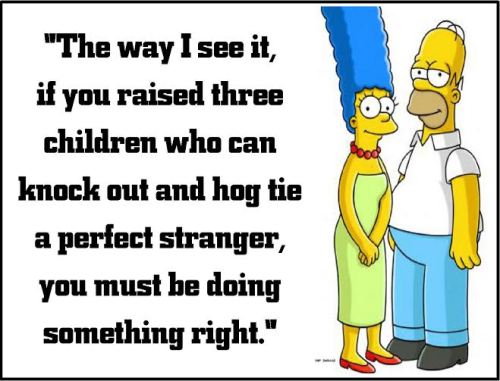 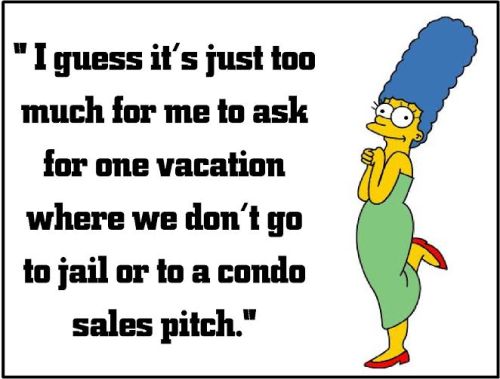 ~Happy Thursday, everyone! Hope you’re having a terrific week! If you haven’t already, please be sure to check out the other two parts of The Simpsons series: The Wisdom of Homer and The Logic of Lisa!~

Today is the day!

The last day of school, that is.

And in the spirit of going out with a bang… 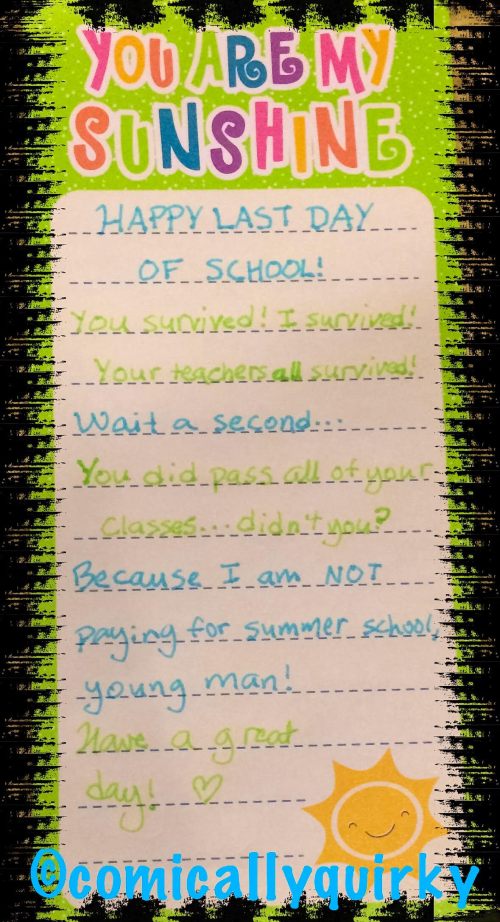 ~Hope you all have a happy Friday, a terrific summer break, and a fabulous weekend!~