And the driving instruction fun continues.

Raise your hand if you remember how to parallel park!

As of three days ago, I still had a vague idea of how to parallel park a car.

I hadn’t made any legitimate attempts at parallel parking since my own driving test at the age of 16.

And even then, I’d been instructed to park between two snow banks rather than actual cars.

Which is good, because I likely wouldn’t have passed if I had to wedge myself in between two real cars.

Don’t get me wrong.

I do park in parallel spaces.

But only when I can easily drive right in to them.

On particularly rough days, I struggle to park my car straight in between the lines of a parking space…

Yet, I have impressive success backing our large pickup truck into parking spaces with amazing precision.

At any rate, it was time to teach my teenage son the basics of parallel parking.

Because how could that be a bad idea?

And so we drove to a nearby school parking lot.

Here, let me show you how it’s done.

Show him what, exactly?

Going purely on instinct rather than any delusion of certainty, I tried.

This time, the car was in between the lines.

A flawless execution it was not.

But at least complete and utter mortification was avoided.

For how can one teach what they themselves cannot do?

I must not have done too horrible a job of demonstrating, as my child managed several successful attempts of his own afterward.

My boy has been taking pleasure in using every opportunity to get behind the wheel.

On the bright side, he’s been commenting on my driving with far less frequency.

The tables have turned.

After the sobering knowledge that some of my driving skills might be rusty, I’m tempted to try a few more rounds of parallel parking again.

Totally off topic, but…

Did you know I used to speak French fluently during my teen years?

But then I ceased to continue making the effort to utilize my conversational skills.

So now I sound like I’m speaking Klingon rather than French.

So use it or lose it.

~Happy Saturday, friends! Hope you all have a great weekend!~ 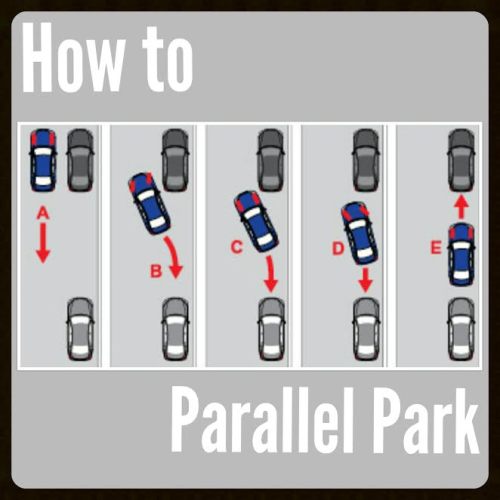